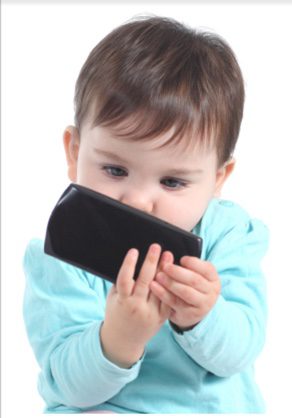 I know you know that computer screens are not good for traumatized brains.  Or, at least, I think everyone knows that by now.  I wonder if you have really thought through the actual implications of computer (screen) use/abuse/addiction on developing minds, especially on your child’s mind.

When my kids were young, I didn’t allow screen time at all.  As a matter of fact, my friends used to tease me about raising them like the Amish, which I felt was a high complement on many levels. When my son was about 12–at his insistent badgering–I caved to letting him use a laptop for an hour a day.  Wow, he was so manageable while glued to a laptop–virtually (pardon the pun) no badgering, no interrupting, no nonsensical chatter, no annoying, no boredom, no agitation.  I thought I had taken a vacation to heaven during that time.  Little by little, I allowed screen time to creep up.  I justified it this way:  It’s him or me.  Sadly, selfishly, I chose me.  At the time, I wasn’t aware of how his life would unfold.  I didn’t know I was in deed sacrificing him for my own peace of mind.

By the time I threw the damned computer in the trash–when he was 16–it was too late. He had become a full on computer-crack user–not to be confused with a crack computer user, because he actually knew nothing about the function or operation of computers, like clearing the cache or using WORD.  Further, he had become incapable of finishing a sentence. His ADHD seemed 10 times worse. He rarely used his physical body; his skin had become translucently white from lack of sun exposure; he had maybe two face-to-face friends; and he bragged about his zillions of online “best friends.”  I even noticed his elbows beginning to look deformed from laying down on his stomach and leaning over the keyboard for hours on end. Suddenly that saying, My bad, makes more sense to me.

This is not a proud admission.  It is a cautionary tale.  He is 19.5 now–an adult computer addict.   Recently, he had to return home from his out-of home supportive living care where I had transitioned him (because I couldn’t live with an addict anymore).  Since inquiring minds want to know, I brought him home due to losing 10 lbs. in less than two months from forgetting to eat despite someone cooking him three meals a day (5’9″ 125 lbs.).  He didn’t forget to eat exactly.  He was just too addicted to his computer to leave it for food, and no one cared enough about him to make him eat the way his mother does.

This is completely equal to crack addiction; and feels akin to having given my precious baby a little hit off the pipe every day to quiet him down.  I would never have done that.  Never.  Even the old practice of rubbing whisky on a teething baby’s gums from my generation seemed abhorrent to me.  Why then did I think I could give him two to three hours of computer time every day for two years without some kind of repercussion?  I don’t think I was really taking computer addiction serious then.  I thought it was more a saying, than a reality.

I was dead wrong. How about you? What are you doing to your own children by using screen time as a quieter?  We know it isn’t a calmer, a regulator;  just check your child’s heart rate when playing a video game if you are unconvinced.  Quiet and calm are not the same thing. Children only look calm and they may be in training to become a full on computer addict.  It isn’t pretty.  Trust me.

Here is another take on it in case you are interested in a better written trip down the “Neurobiology of Computer Addiction” lane.

Our Monthly Support Group for Therapeutic Parents will not be held on the 2nd Wednesday in September, 2016.  We will have an alternative group meeting on the 3rd Wednesday of September, which is September 21st at 6pm at our office at 3406 American River Drive, Ste D, Sacramento, CA. My apologies for not realizing this hitch in the calendar until just now.

n find my book on Amazon.com or on my website. Don’t forget to leave a review on Amazon.