Posted by Ce Eshelman on
·  No Comments
I am so often guilty of thinking “my children never learn.”
In the middle of the night (oh, around 1:30am) a couple days ago, while I was writing to YOU about how “mostly” my family is on the other side of insanity these days, I discovered my son in bed playing away on his computer.  With very little fanfare or emotion I said, “You need to go to sleep now and you have lost your computer privilege… goodnight honey,” and I trotted off to bed like a little carefree pony.
When 6:30am rolled around and it was time to go to school, he refused to speak to me, take his meds, or get up at all–spent the whole day in bed and wouldn’t speak to me when I got home (though he did manage to do all his chores–win/lose sorta.)  Here it is three days later and he still isn’t speaking or going to school. He doesn’t have a computer, so doesn’t have a life-force apparently.
My punishing him in the night the way I did, albeit calmly with an obvious natural consequence, sent him into a cortisol cascade impeding his prefrontal cortex and launching days of poor decision making.  So, thinking “my children never learn” is hysterical.  The truth is:  I never learn.
I know some of YOU are thinking:  Okay, but what did you really do wrong Ce?  He knew he shouldn’t be doing that.  He knew he would get into some kind of trouble.  He was wrong. He was breaking the rule.  He needed a consequence (punishment) to learn not to do it again. How else will he ever learn?
I truly wish I had a child with a brain that could manage that kind of thinking and that kind of parenting.  I don’t.  I have a child with extremely poor cause and effect thinking under pressure. Period.  He does not learn from natural or logical consequences dropped on him even by a quiet and gentle little pony.  He dysregulates, blows up or in, and makes one poor decision after another.  He can’t learn under those circumstances. His brain is offline.
Frankly, I am the only one in this equation with the capacity to actually think during times of stress and yet I often don’t.  Funny how I want him to do something that I can’t.  Isn’t that the parent way?  That was my parents’ way.  How about YOU?
When will I learn to parent the brain of the child I actual live with instead of the one I wish I had? When will I ever learn?
By the way, this could have been handled the next day with a simple conversation.  He likely would have consequenced himself without the drama, but I just couldn’t wait to parent power-bomb him.  I think it is a little meanness in me.  I really do.  Oh, the shame of being naked in the mirror of my baser nature.  If I look at it, I can set myself free. This is how I will one day learn.
Love Matters, 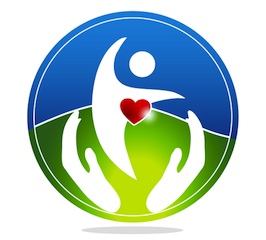